What do you do when you have a couple of large hard drives, a bunch of old servers and a need for another network file share (NFS)? You put everything in a pot and make some stew!

The motherboard itself has 4 SATA ports which is important. Unfortunately, the case only really allowed for 2 hard drives. To get around this, I was able to use a thin CD ROM/ Floppy drive combo and remove the Floppy. I placed the 80GB drive in the floppy bay as can be seen in the picture.

The wiring looks pretty bad, but the build came out great. I have Openfiler installed on the 80 GB drive and use the Openfiler software RAID to setup the 2 Terabyte drives in a RAID 1, mirror configuration. 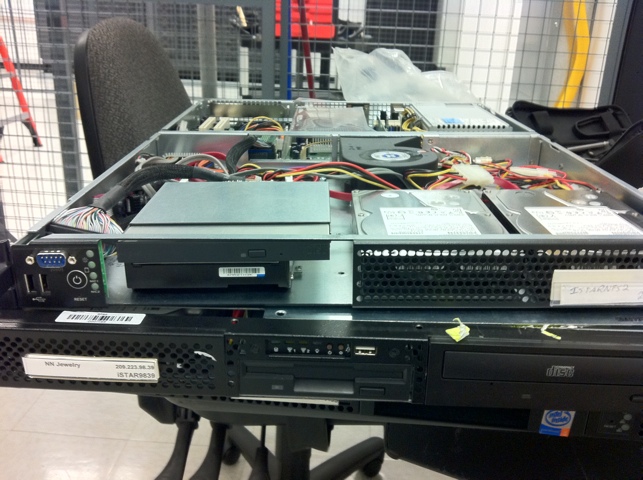